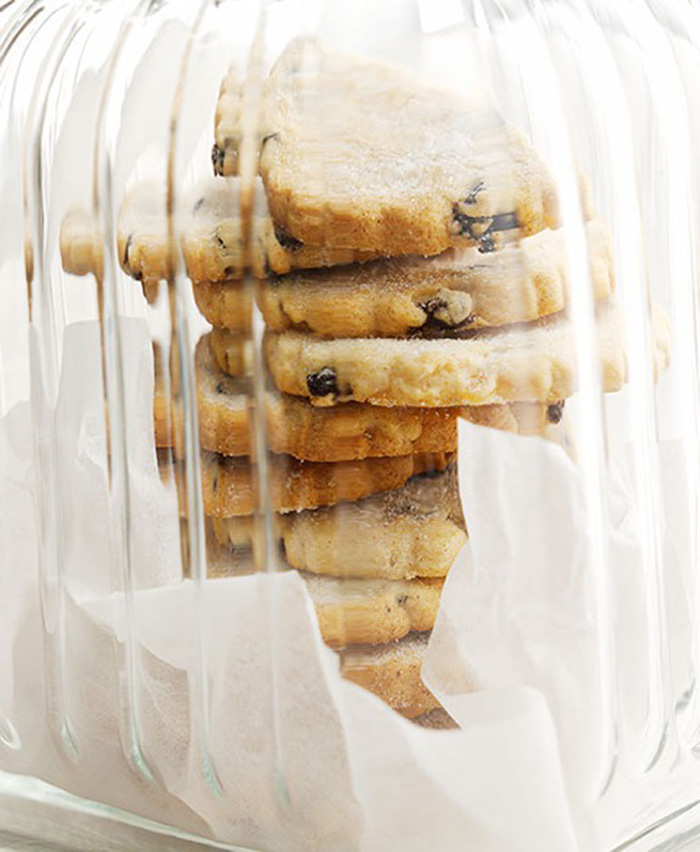 When we were kids, Easter was a hot cross bun on Good Friday and a Quality Street chocolate egg each which was always hidden at the back of Mum’s wardrobe, so the egg hunt was remarkably quick.  We never had Simnel cake and I didn’t have an Easter biscuit until I’d left home, started my first job and I was introduced to them by ‘Elen the head groom’s widow.  She lived in the corner house of the stable yard and each year made Easter biscuits from an old family recipe.

‘Elen came from Yorkshire and her recipe contained a secret ingredient that could only be obtained from the chemist.  The local chemist had let her down and her supply was dwindling until one year I was presented with the last of the family biscuits.  In her desperation for a new source she asked me to guess what I thought it might be and if I got it right then I’d be allowed to search out new supplies.  In fairness to myself I was always given the biscuits from the edge of the baking sheet, that had caught in the oven and she’d brought the ingredient with her when she’d married, so it was probably fairly elderly, but my suggestion of Fuller’s Earth didn’t go down well. 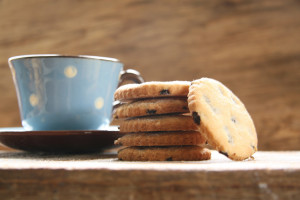 The internet has come to the rescue and the secret ingredient is Oil of Cassia which can be bought along with everything else at Amazon but sadly it’s too late for ‘Elen.  So if I want Easter biscuits from an old family recipe I have to turn to the old family and Nicola’s recipe from her first book which though lacking in Oil of Cassia or Fuller’s Earth is also missing mixed peel an abomination that has ruined many a fruit cake and is known by some as Satan’s toenails.  If you fancy adding Oil of Cassia a few drops would be enough.  If you fancy adding mixed peel 15g or half an ounce but that would be really wrong. 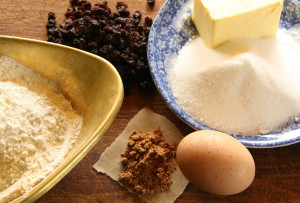 Lightly grease two baking trays.  Cream the butter with the sugar until very soft, light and fluffy.  Beat in the egg yolk.
Sift together the flour and spice, then gradually work these dry ingredients into the creamed mixture, together with the currants and enough milk to make a firm dough.  Knead the dough and lightly roll it out out on a floured board to a thickness of 3mm.
Cut the biscuits into rounds using a 7.5cm/3 in. fluted cutter.
Carefully transfer the biscuits to the prepared baking trays and prick each one three or four times with a fork.  Re-roll and cut the scraps.
Bake in a moderate oven (180C, 350F, gas4) for 15-20 minutes, or until lightly browned.
Immediately they are removed from the oven, sprinkle with caster sugar.
Leave to cool on the trays for a minute before transferring them to a wire rack to cool completely.

The artistic picture at the top of the post is by Alan Newnham, very much a professional and styled by Nicola.  The others are by me, well I don’t think you can see a difference.