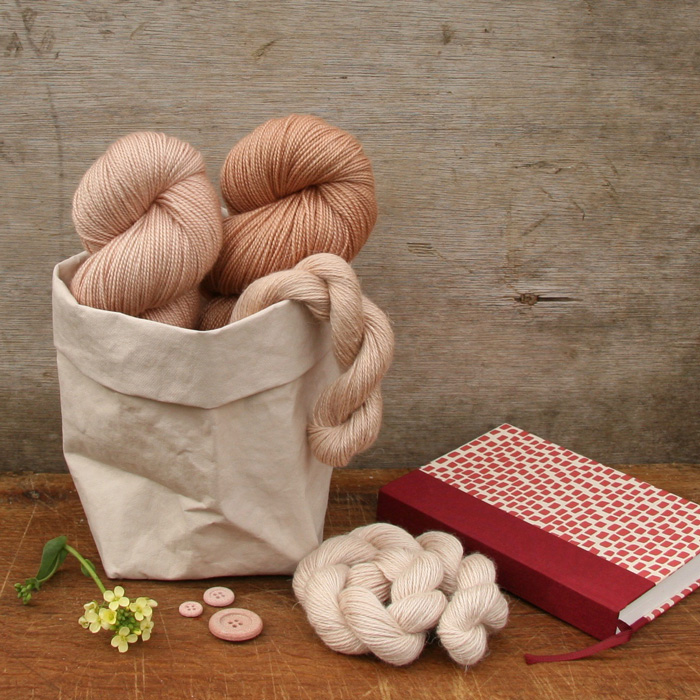 There has been a bit of a pink theme this month.  Having eaten my way through a lot of avocados lately I saved the stones and skins for dyeing.

I froze the peel and stones separately, scrubbing them clean and chopping them up before they went into the freezer.  In total I had 365g of stones and 295g of skins.  Each went in to a separate stainless steel pot and they were both heated to approximately 85ºC with one and a half litres of tap water for one and a half hours. 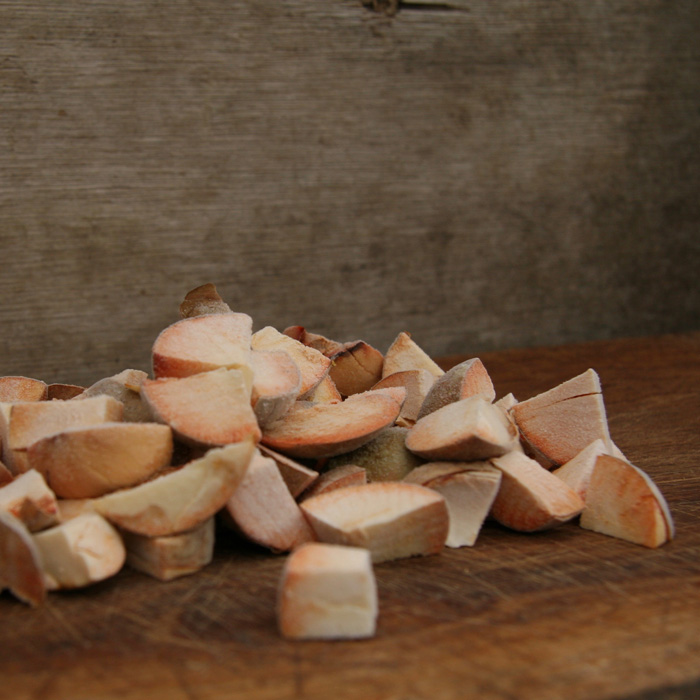 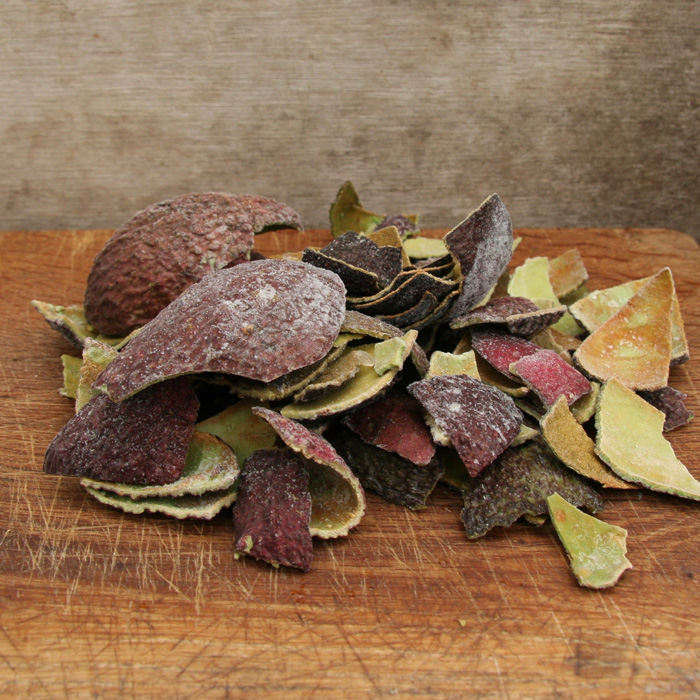 I left them to cool for 24 hours, strained them through muslin and then reheated both skins and stones again with another litre of water.  The stones didn’t appear to release much more colour but the skins did.

Skins on the left, stones on the right. 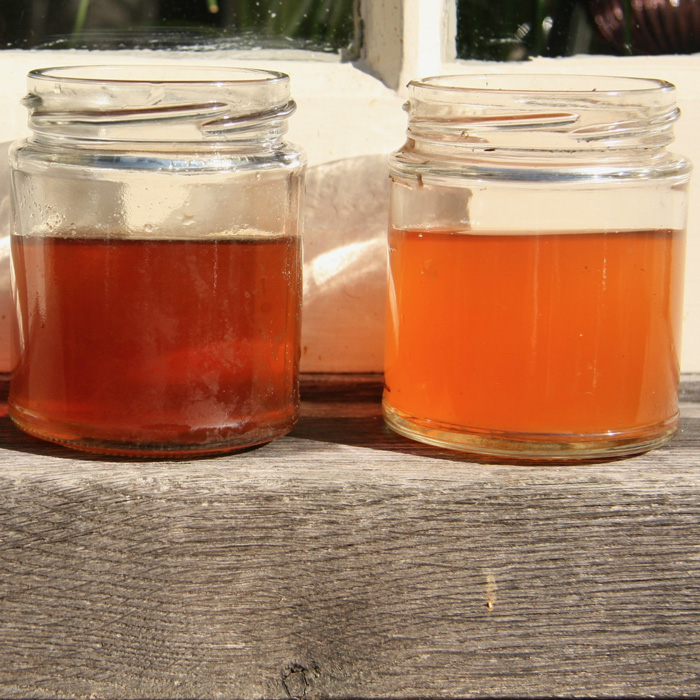 As this seemed to be more promising than some of the other plants I’ve tried I thought I try something more luxurious and soaked two 100g skeins of super wash merino and silk sock yarn and two 20g skeins of 50% baby alpaca, 25% linen and 25% silk. One of each for each dye bath.

Now it all gets a bit vague as the dyeing took place while also having a cup of tea with Maggie from Textile Garden and it’s amazing how much chatting can take your mind off the dye pots.

After about an hour to and hour and a half of heating to between 85-90 ºC they were allowed to cool in the pots overnight. 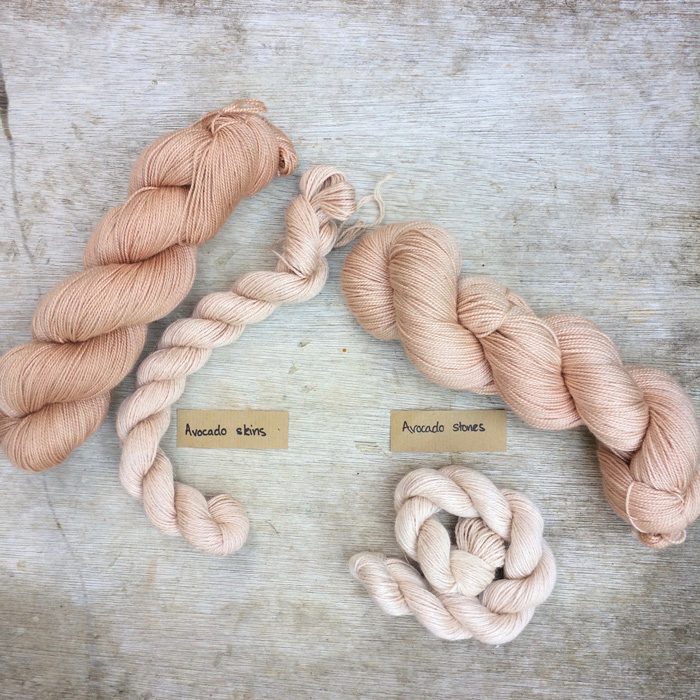 Washed and then dried, the skins gave a much stronger colour.  I’ve saved a few metres to see if the colour fades, the rest went to Maggie along with a few of her cotton buttons that we tried dyeing at the same time.

There’s also a new pink for Wonderwool at the end of the month, dyed with acid dyes this time.  The colour is called “An Angel Passing” 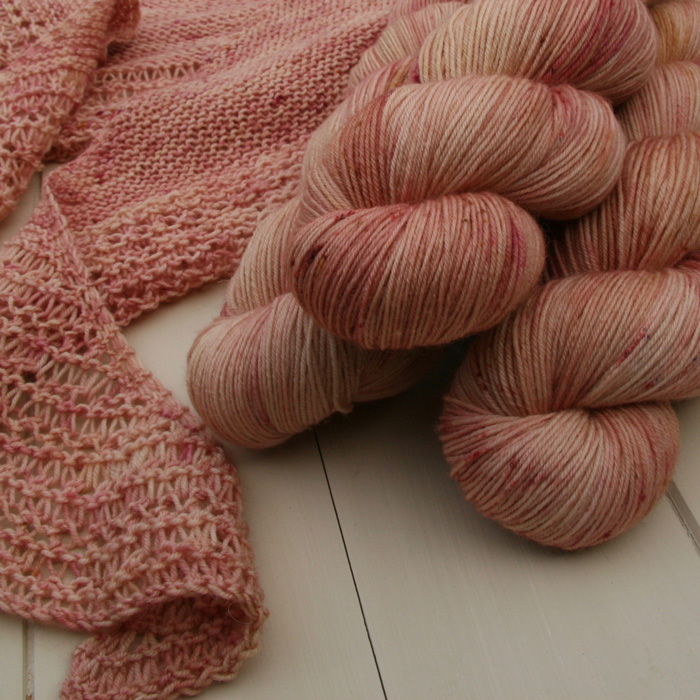 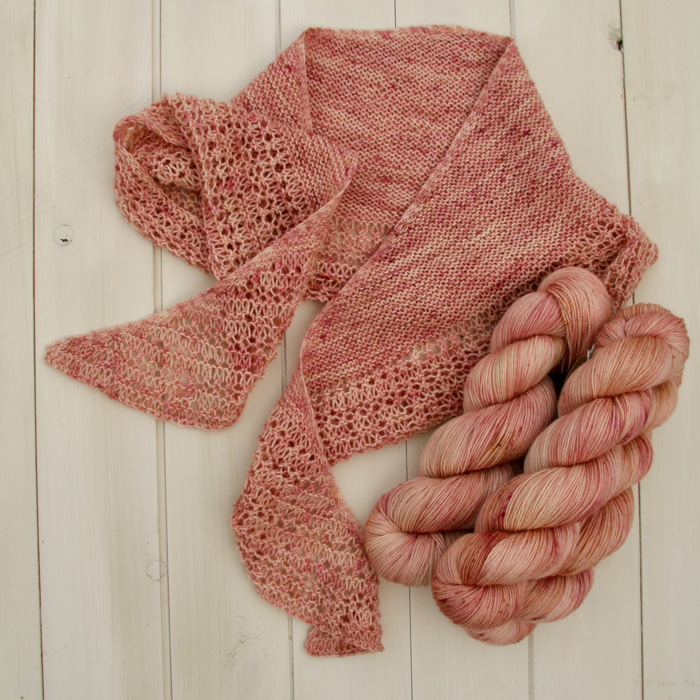 The sample shawl is Rosewater by Janina Kallio.  I used 80g of BFL Smooth Sock and knitted it to the pattern.  It was a very quick knit but if I hadn’t wanted a sample in the sock yarn I think I would have used the Alpaca & Silk 4ply that I dyed at the same time.  The wool sprang back quiet a lot after blocking I think the alpaca would hold the blocking better.  It would also be easy to add extra rows of lace to use up all of the yarn – next time.

The rhubarb has started shooting in the garden.  I was bought a forcer for my birthday last year and I managed to choose the weakest of the rhubarb crowns to try it out on!  But still it’s a beautiful colour. 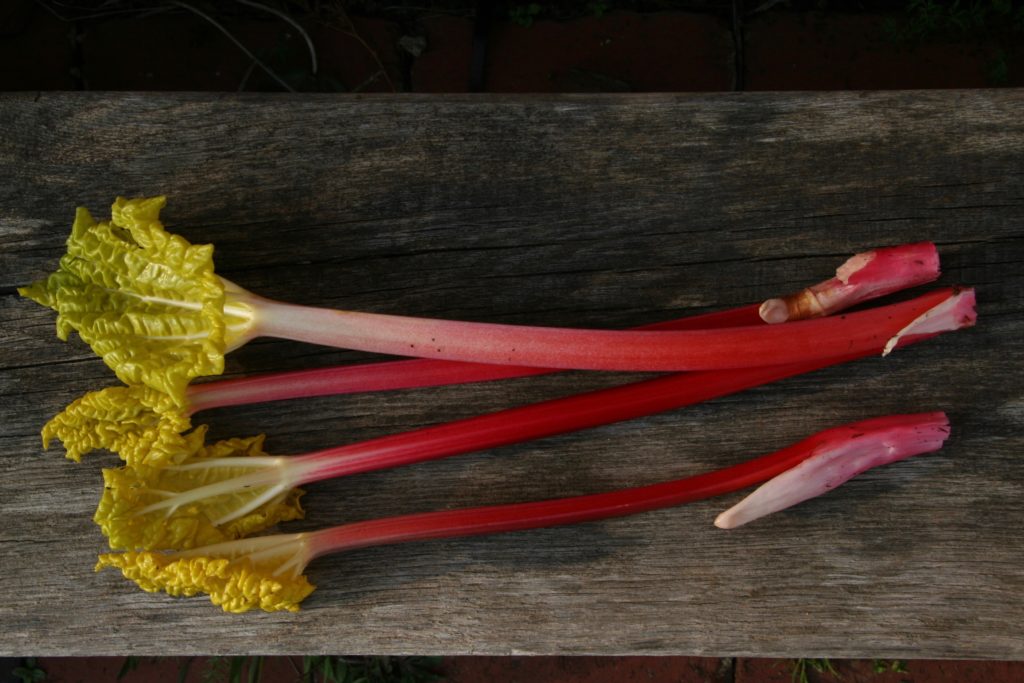 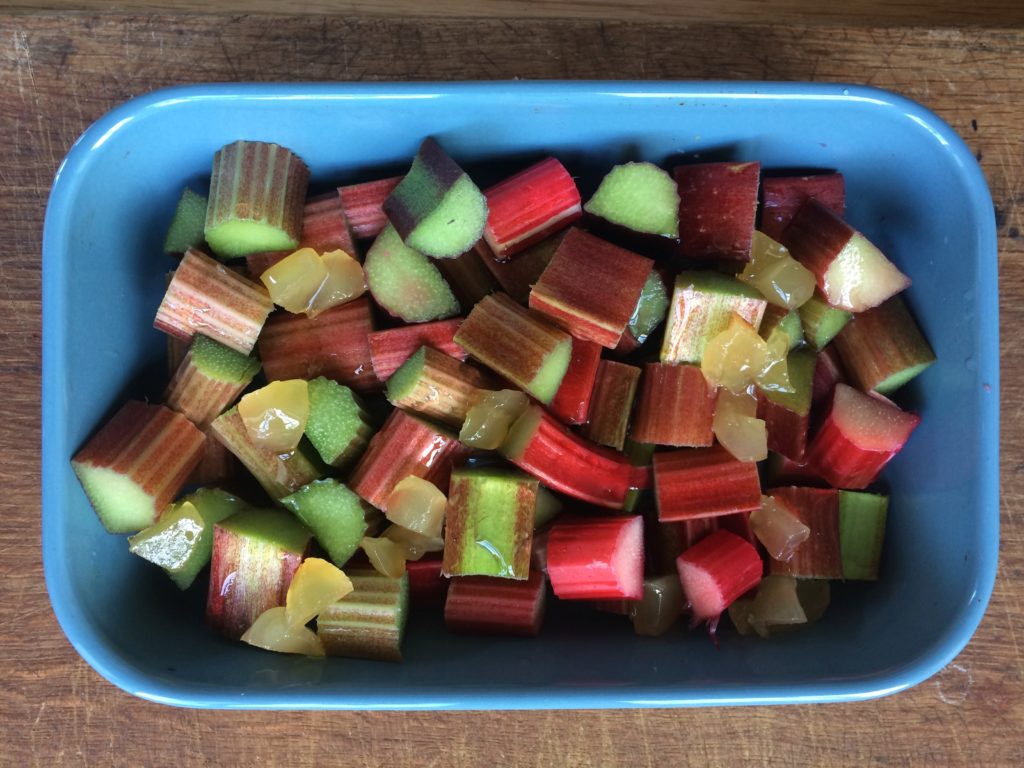 The forced rhubarb I used for muffins and the non-forced I baked with stem ginger to go on my porridge in the mornings. 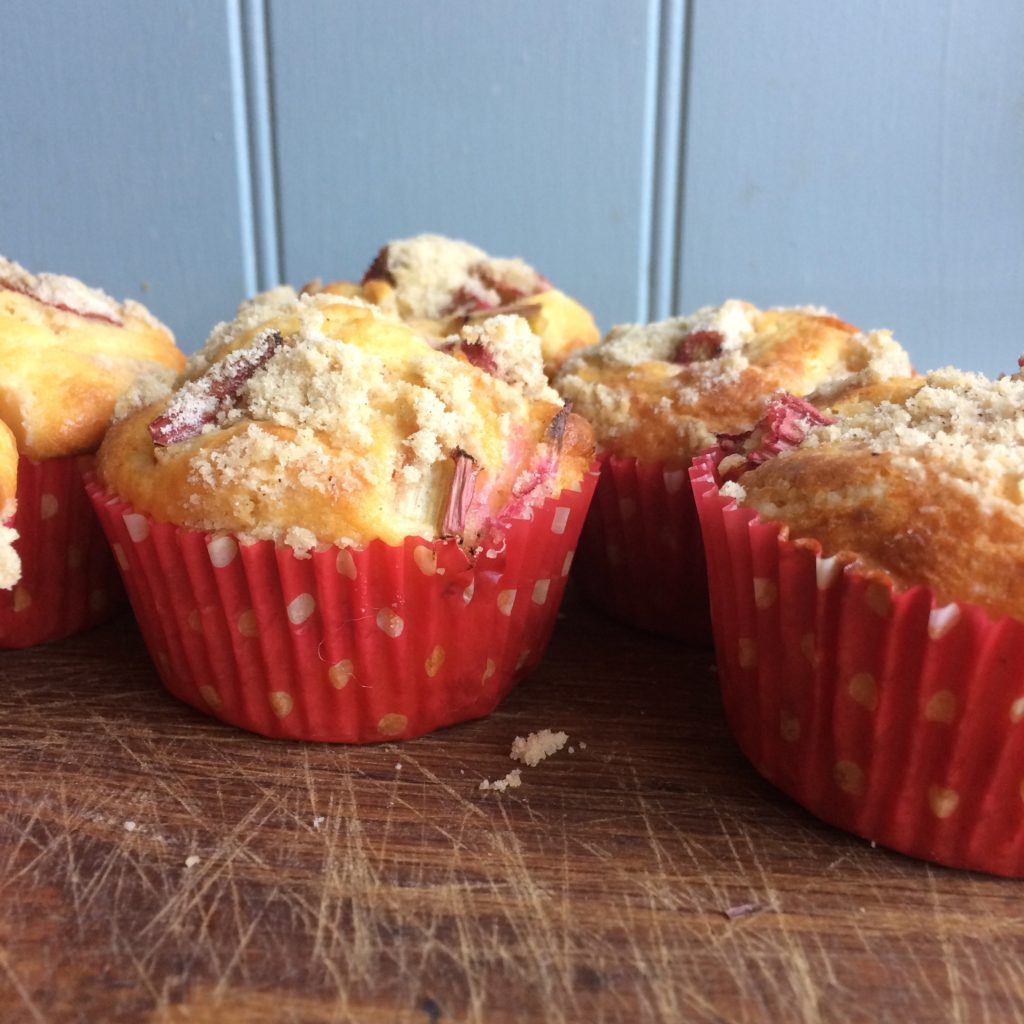 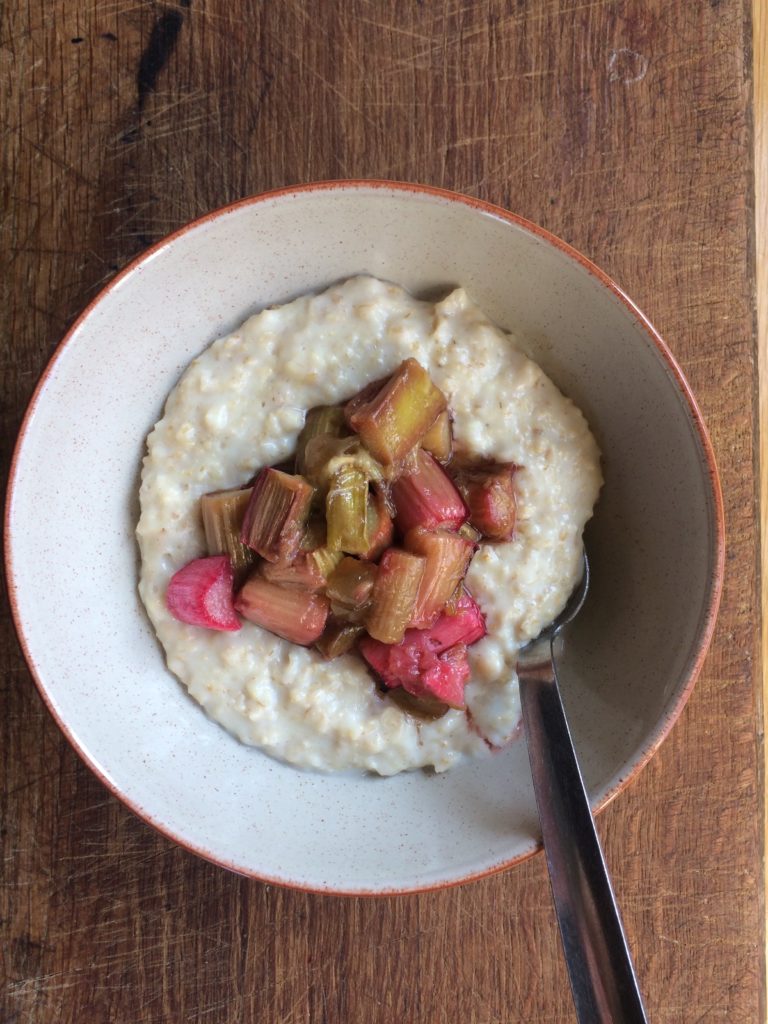 I used yoghurt and milk instead of buttermilk in the muffins and I already had some crumble made up so used that with a little cinnamon added.

The leaves I’m going to heat up with water to try as a mordant/modifier.