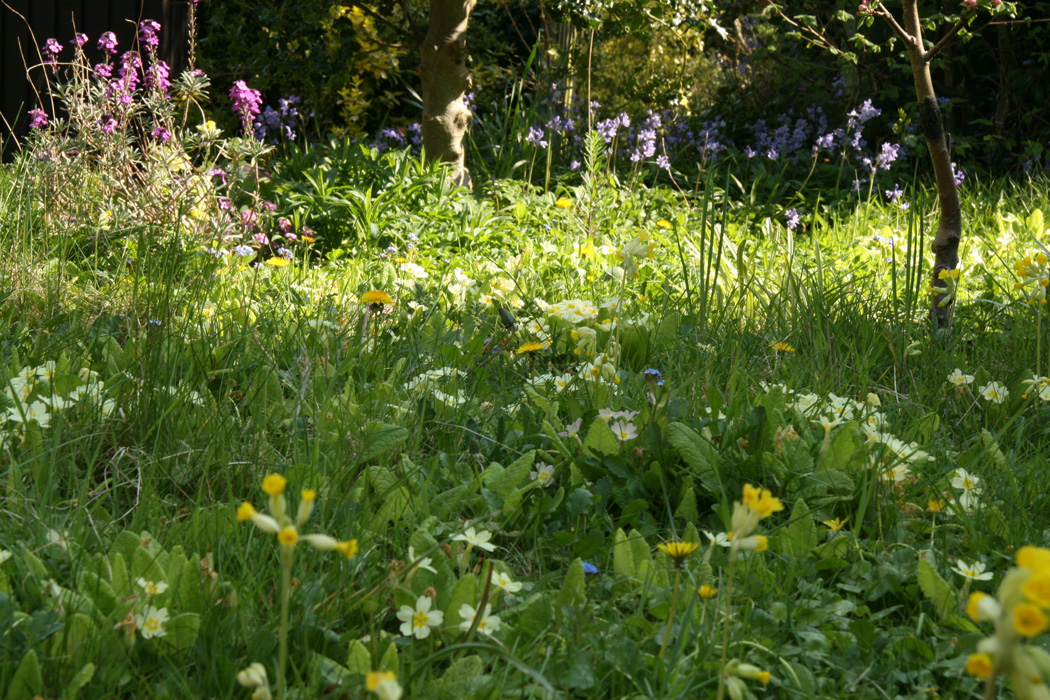 We’ve just come back from a blustery weekend at Wonderwool Wales.

Our stand was in Hall 3 and though some customers said it was the warmer of the halls I didn’t believe them, it was freezing!  A good opportunity to wear my Magnolia sweater by Camilla Vad which I made last year using our Slubby Sock and Mohair and Silk Lace held double. 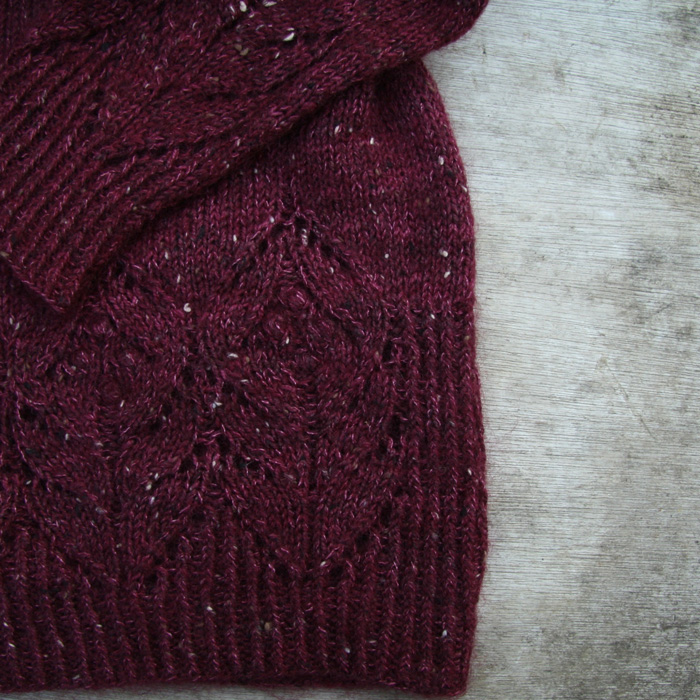 Both of the yarns were in the colour Brinjal and it is just so cosy.  With that and a Howling cowl on I was just one big fluffy blob but I was a very warm fluffy blob.

We stayed in a shepherd’s hut. Nicola had wanted to try camping and that was as close as I was willing to go in April.  It was gorgeous and we were both glad that we weren’t in a tent, even the shepherd’s hut was rocking slightly in the wind on the Friday night.  In fact it was nothing like camping as it had proper beds, full cooking facilities, a wood burner, central heating and an ensuite.  It was slightly better than my home. 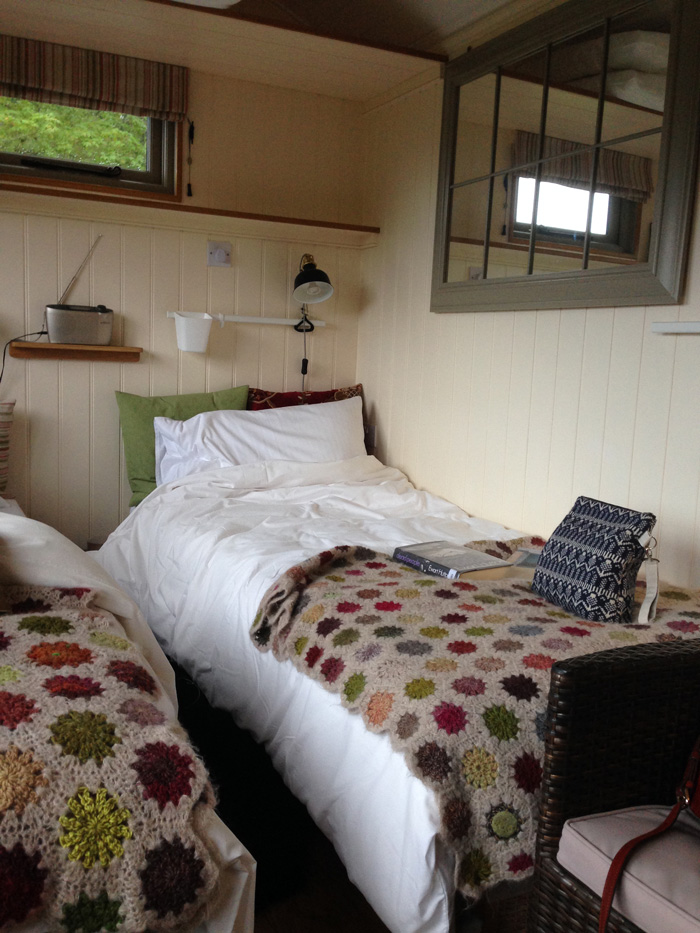 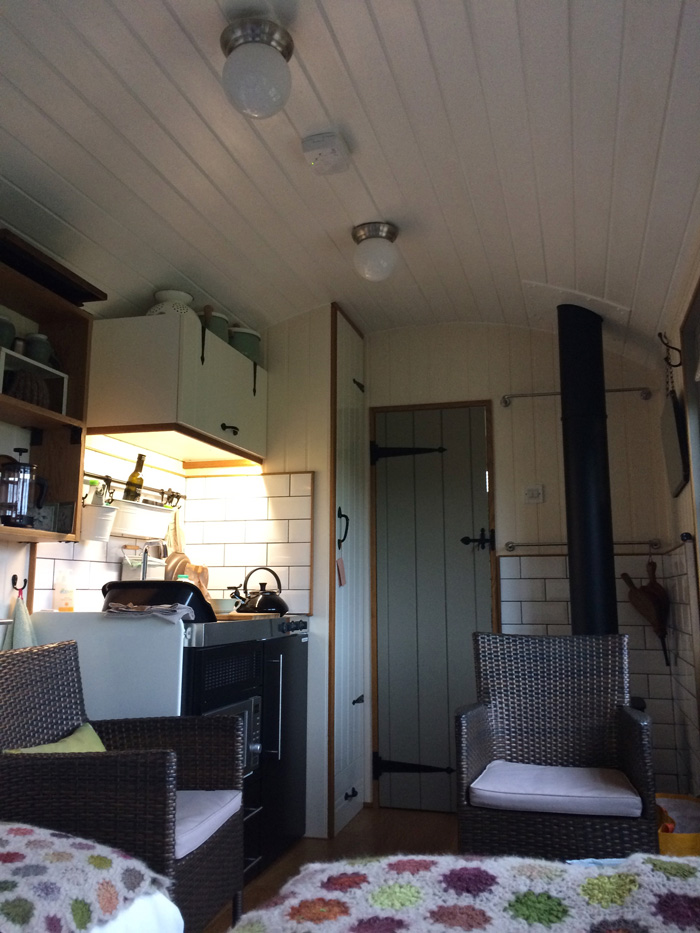 and look at the view 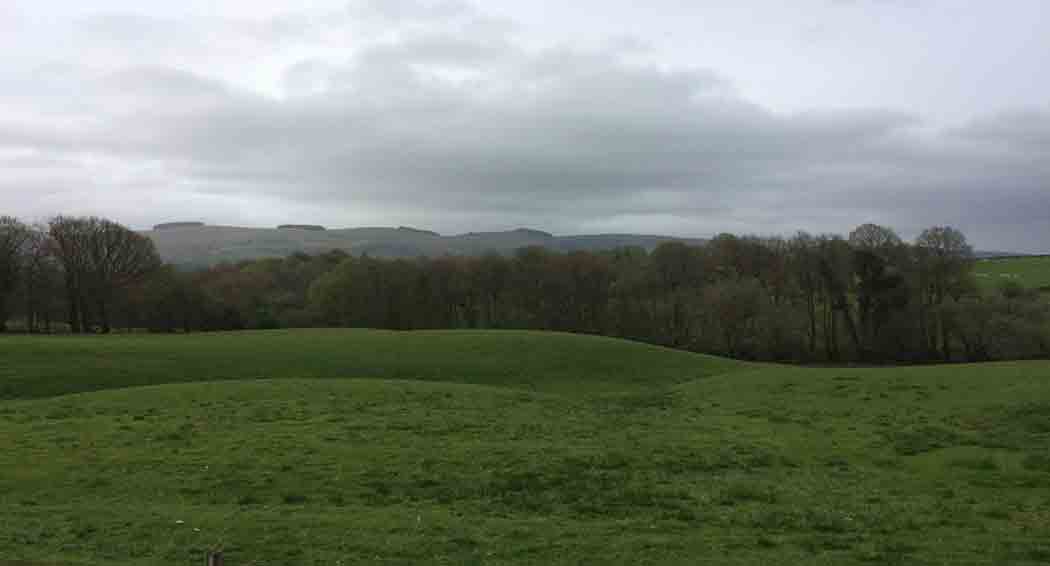 We even had a few sheep neighbours to get us in the mood. 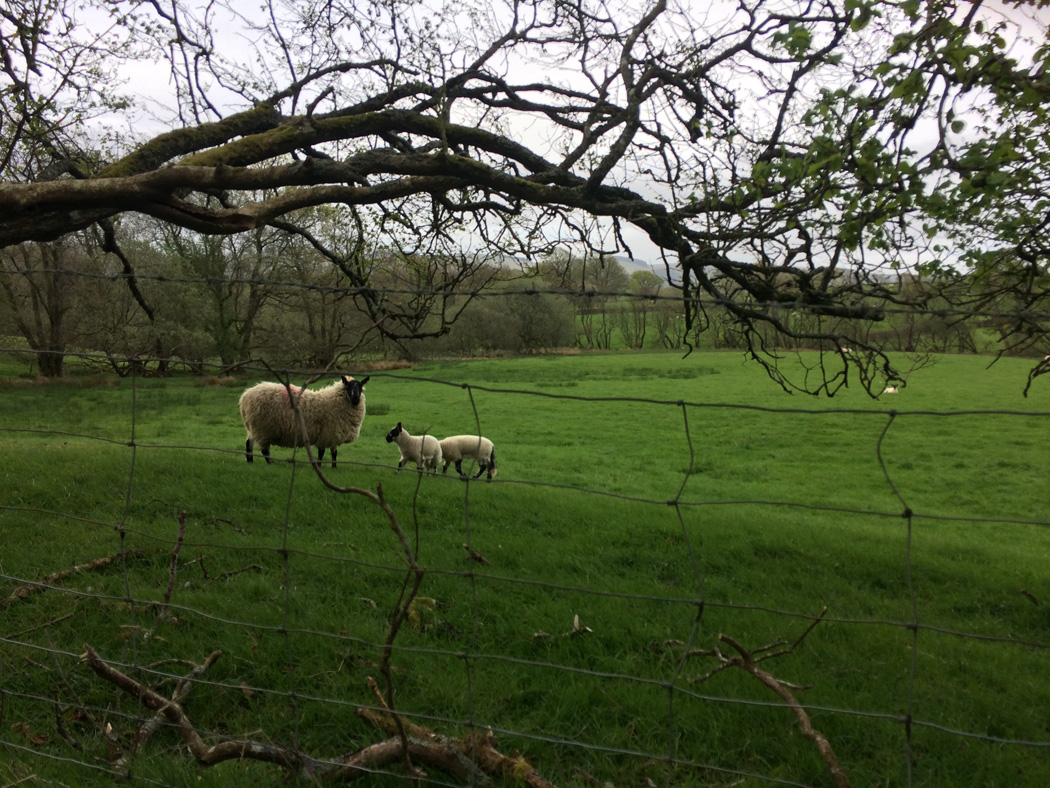 And there was more at the show, Wonderwool is the only one that we’re doing this year that has livestock in the halls. 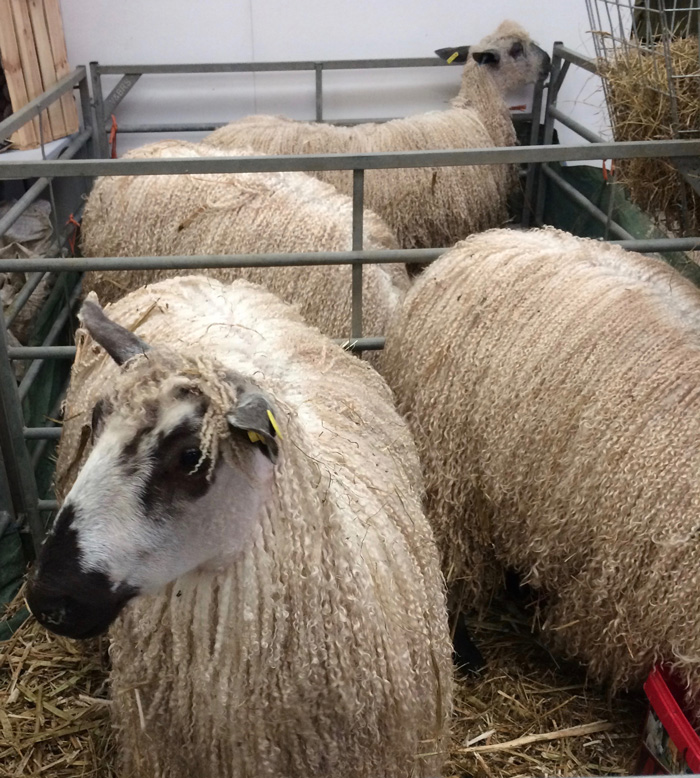 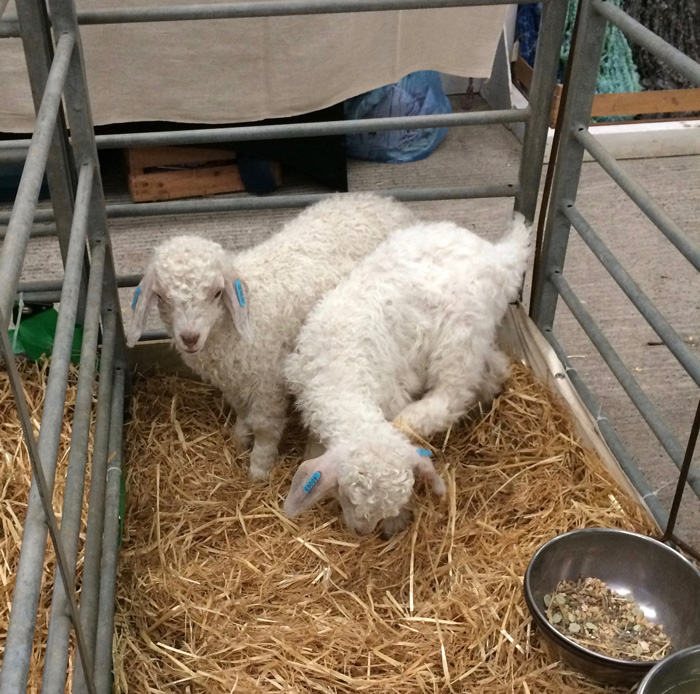 Before we left I also managed to do some more natural dyeing, this time with dandelions.

At work they were laying membrane before planting and I rescued all the cowslips that were going to be covered.  I dug up all the dandelions in the front lawn and planted a cowslip in the resulting gap.  We still have the cowslips but of course the dandelions came back and as we don’t  cut the grass for six months I usually pull the heads off of the dandelions to stop the seeds blowing all over the neighbours.

There were a lot of dandelions in there but I did have to supplement them with ones from a walk. 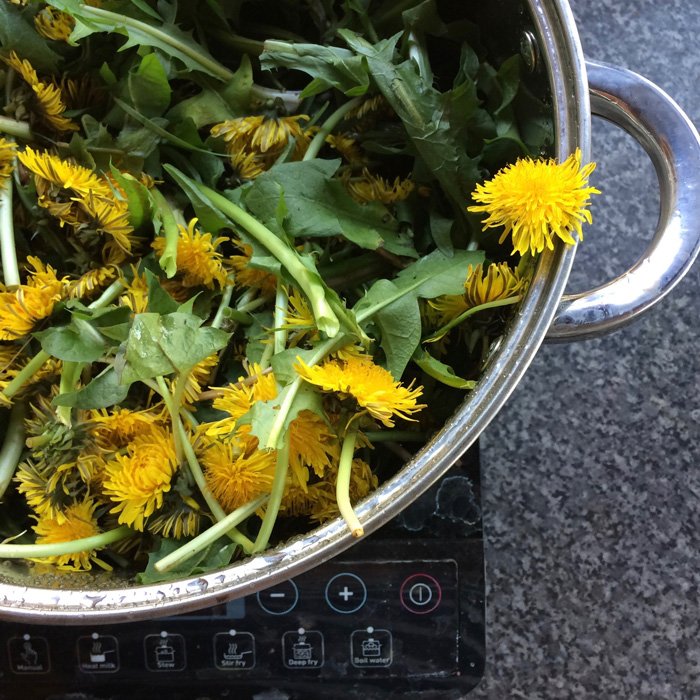 I had 395g with approximately two thirds being flowers.  Covered with two litres of tap water and brought slowly to a simmer for half an hour before cooling and straining.

I only dyed a 20g mini skein of BFL sock yarn which had been treated with alum. 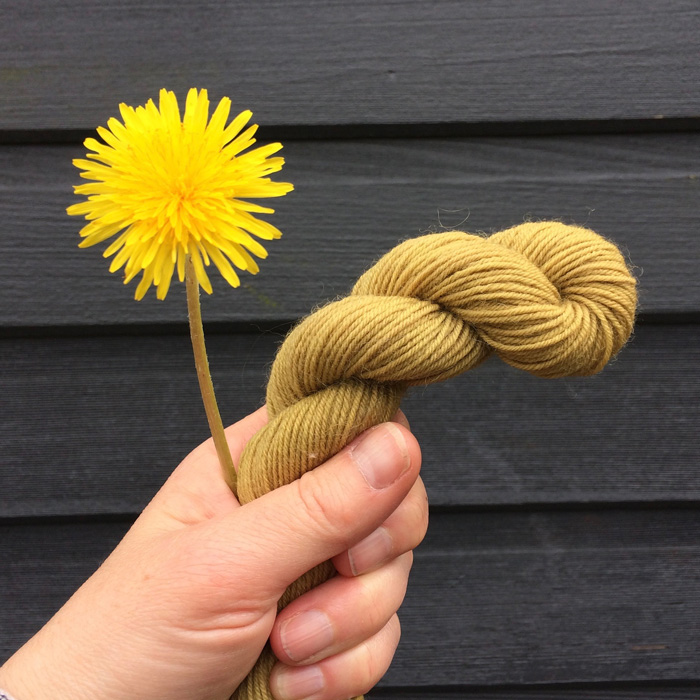 The colour is quite similar to the yellow from the Cornus earlier in the year. 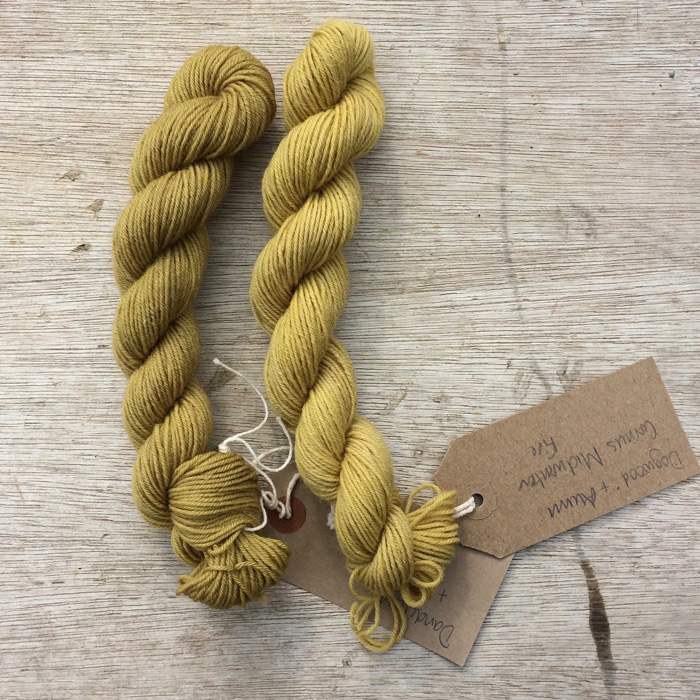 I may end up with a lot of yellow mini skeins!