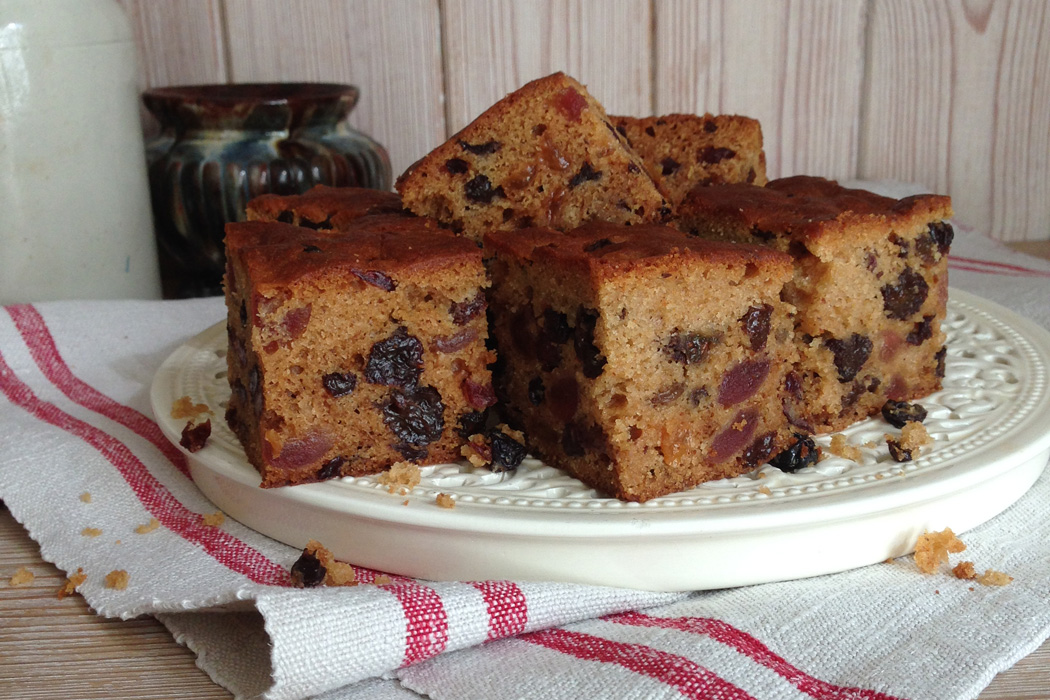 At shows we can  often be found munching on a piece of cake and we never knowingly travel with out a least one cake in the tin.  The perfect show cake is a substantial and sturdy thing, without icing or sticky fillings. It should be able to withstand being bounced about and not crumble into a mess with the first cut.

We’ve become fans of a good plain cake; cherry, ginger and seed cake make an appearance but we nearly always have a fruitcake, with this being our favourite recipe because it is so simple. When I was in Primary School I entered a this cake in the Hobbies Exhibition.  I came second and  in the excitement I lost the recipe for about ten years, for another ten years I refused to let Nicola have the recipe, because we are sisters, but I finally had to share just so I didn’t have to make all the cakes and I now see the error of my ways. 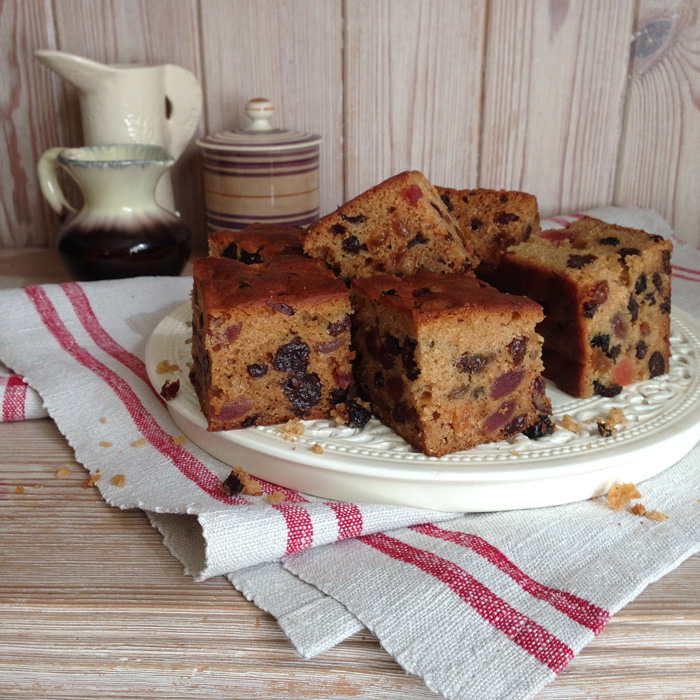 To get Nicola back in to the mood for her day job I asked her to take some photos, mine looked like the cake had bounced around in the tin on the way to half a dozen shows and if you have a food stylist on the team you’d be foolish not to let them loose.  Please note the professionally and artistically positioned crumbs.

Now Nicola has had her revenge for me not letting her have the recipe: she’s added mixed peel – it’s just wrong. 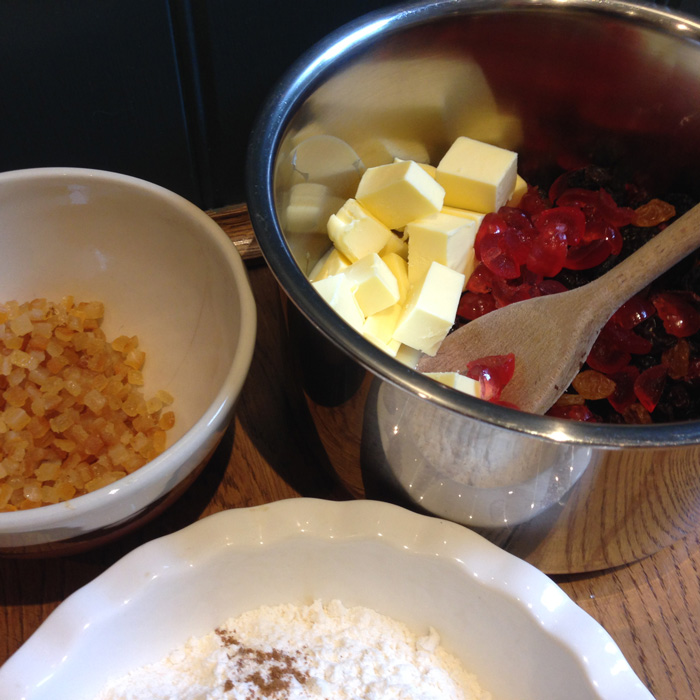 I can’t  photoshop out the ingredient and if you really must added it then replace the 2oz of sultanas with the mixed peel or as I like to know it – Satan’s toenails. But believe me, it is just wrong.

It was the ’70s when I entered the hobbies exhibition so it’s in ounces and we’d never heard of dried cherries, they were always glacé, but about 11 ounces of dried fruity something will work just grand.  I’ve used cranberries, figs and ginger over time.

Place all the fruit, water, butter, condensed milk and spice in a saucepan and slowly bring to the boil stirring occasionally. Make sure the butter has melted and take off the heat.

Allow to cool a little.

Sieve the flour and the bicarbonate of soda together and stir in to the other ingredients. They don’t have to be beaten just mixed and make sure there’s no pockets of flour.

Tip in to tin, level off and bake in oven until a skewer inserted in to the middle comes out clean.
About 26 minutes in our oven but it is a fan oven so between 26-35 minutes

Leave in the tin to cool